You're not a fraud! Tackling Imposter Syndrome 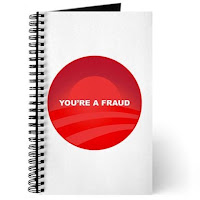 I first learnt about the impostor syndrome when I was studying for my psychology masters. I remember feeling hugely relieved that it was normal to be asking myself "What are you doing here?" as I sat in the lecture hall and started working with clients. Although not naturally plagued with self-doubt, I had found that retraining and practicing in a new profession after a long career break made me question my abilities. I felt like a fraud when I introduced myself as a psychologist, and wondered if I would ever truly feel like a competent professional in this new field.

It was reassuring to find out that even highly successful people can feel like frauds, and that these feelings are so common that they have a name. The 'imposter phenomenon' was first identified in 1978 by two clinical psychologists, Pauline Clance & Suzanne Imes*. They interviewed 150 successful women who, despite their qualifications, achievements and professional recognition, still considered themselves to be impostors in their fields. Clance & Imes drew out three main aspects: a belief that others have an inflated view of your abilities, a fear that your true abilities will be found out, and a tendency to attribute your success to luck or extreme effort. Since then, there have been many follow-on studies supporting the findings of this research, with mixed-gender samples across a range of occupations finding that up to 70% of people have feelings of impostorism at some point. Unsurprisingly, researchers have found that these feelings are most common when people are making a move outside of their comfort zone, such as starting a new job or taking on new responsibilities. Although it's not an area that's been studied, it's clear that returning to work after a career break is also a likely trigger for this irrational fear of incompetence, even if you're returning to the job you did before.

A decade ago, the impostor syndrome was little known outside of psychology, so I've been happy to see that it's now more broadly known & discussed. A recent article on the topic in the New York Times quoted Maya Angelou, “I have written 11 books, but each time I think, ‘Uh oh, they’re going to find out now. I’ve run a game on everybody, and they’re going to find me out.’"

There is sometimes a misconception that this is another 'women's issue' - lumped in with low self-confidence as something that holds women back more than their male colleagues. In fact, despite the initial focus on women, research now suggests that men are just as likely to experience impostorism. But maybe they are less likely to admit it?

How can you tackle Imposter Syndrome?

One of the most useful steps is to recognise that these fears are very normal & that many other people have them. Nobody knows everything and even the people at the top of your company or your profession probably have times when they too feel out of their depth. Don't blindly believe your self-doubts or let them hold you back.

If you're coming back to work after a long break, understand that you are more likely to doubt your abilities in this time of change and give yourself a boost. Spend time identifying what you do well and the part you played in your achievements, both in your pre-break career and during your career break. And remember that no-one's successes are just down to luck!

* Psychology research ref: Feeling like a Fraud, Christian Jarrett The Psychologist, May 2010


Posted by Julianne
Posted by Back to your future