How to develop your return to work career direction 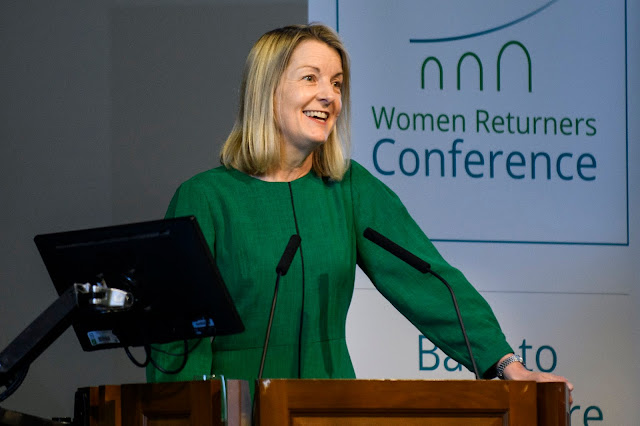 At our Women Returners 'Back to Your Future' Conference earlier this summer, our CEO Julianne Miles led a session on how to get focused and develop your return to work career direction. Here are some of the key takeouts.

We find that many returners adopt one of these unhelpful strategies when they want to return to work:


For success, it's important to have greater clarity and focus. Julianne explained, "When you're thinking of going back to work, there are three questions you need to answer - why do I want to go back to work? What do I want to do? How do I get there?" This session focused on helping you to answer the first two questions.

Why do I want to go back to work?

Start by working out exactly why you want to return to work. Your motivation is often a mix of different things.  It could be a need for mental stimulation, to use your qualifications, or to be a role model for your children. It could be a desire for a more tangible sense of achievement or to get your professional identity back. It could be financial motivation; in this case consider whether you need the money, want to have your own money or want to have the affirmation of being paid what you are worth. As you think about your options, check that you'll be fulfilling your major motivations in the job(s) you're considering.

What do I want to do?

"This is often where people get off track," said Julianne. "They don't recognise that there is a trade-off triangle - it's very difficult to optimise job fulfilment, flexibility and pay/level. I recommend that people start with job fulfilment and then think 'how can I do that flexibly (if this is important to you) and how can I get the salary I want?' A return to work is unlikely to be successful unless you enjoy what you are doing and are getting enough out of the work day-to-day."

There's a lot of evidence that if you orientate your career, and life as a whole, around knowing and using your strengths you are likely to be better at what you do and also to be happier. Often other people are best placed to give you very valuable feedback on your strengths. This is because we tend to underestimate our own strengths as they are often the things that come naturally to us - and we tend to value more the things we find harder.

It's also important to determine your work values - what is most important to you in your working life? Test which aspects you can compromise on and which are make-or-break for you.

Use these factors to develop your decision criteria. This will help you to develop new options or to narrow down the options you have already identified.

The next step is to actively explore your options.

Julianne said: "Pick two or three options that you have the most energy to investigate. Go out and talk to people to find out more information. Start by talking to family and friends. Go to conferences, seminars - parachute yourself in with lots of people who are already doing what you want to do - and investigate if this could work for you. This way you'll be able to clarify which option best meets your decision criteria. And don't underestimate the intangible aspects - which job feels most like you - as this is equally valuable information."


Sign up to our free network for more advice, support and job opportunities. You’ll find much more help and advice on our website.

Email ThisBlogThis!Share to TwitterShare to FacebookShare to Pinterest
Labels: return to work

Changing the landscape for returners in the UK 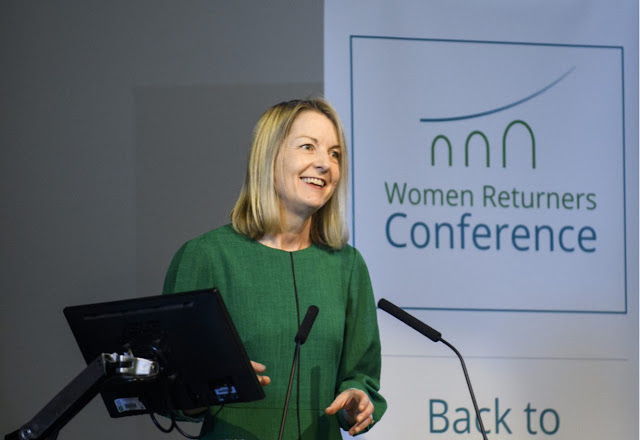 At our Women Returners 'Back to Your Future' Conference, co-founder and CEO Julianne Miles MBE spoke about what led her to set up Women Returners and how the UK landscape for returners has changed over the last five years.

After her own 4-year career break to care for her young family, Julianne decided that she didn't want to return to her former career in corporate strategy and marketing. She found it difficult to decide what to do next and was disappointed to find that there was no support available to help her. In the end, she found her own way back by retraining as a Chartered Psychologist and setting up an occupational psychology practice.

As a sideline, Julianne began to help more and more friends and acquaintances who had taken career breaks and were unsure of what to do or how to get back to work. In 2012, together with Women Returners co-founder Katarina Gould (who stepped back to pursue other interests in 2016), she started this blog to support returners. The initial aim was to provide free online return to work advice and to spread positive success stories about returning to work.

Julianne and Katerina became increasingly frustrated by the structural difficulties that talented and experienced returners faced when trying to get back to work. The story was always the same - they were ignored or rejected out of hand when they applied for jobs through traditional recruitment processes, and had to find roles through their networks, to retrain or to take much lower-level positions.

In 2014, they had the ambitious goal of putting returners on the map for UK business. The idea was to introduce returner programmes to create bridges between employers who wanted to recruit talented and diverse professionals and returners looking to find satisfying work using their skills and experience. They also wanted to act as a voice and advocate for career returners within the Government and professional bodies.

"Our mission has always been to make career breaks a normal part of a 40 to 50 year career, and to remove the 'career break penalty'" Julianne told the Conference audience. "To do this we work with three different groups - individuals, organisations and the Government."

Julianne explained that, alongside their free Returner Network for individuals, Women Returners partners with employers to develop and support three main types of returner programme:

"Five years ago, we introduced the concept of the returnship into the UK and have broadened our offering from there," said Julianne. "I did think that employers might not be that interested. However, this has definitely not been the case! In 2014 there were 3 UK returner programmes, by 2018 over 70 employers ran them."

"Almost every day I get contacted by a new employer asking about returner programmes. The interest is growing and growing, and we're seeing a real change in attitudes generally. Employers are realising that this is a really strong pool of candidates and they are looking beyond the gap to the skills returners bring."

Julianne described how Women Returners has partnered with employers to develop programmes around England, Scotland and Ireland. Although the concentration remains in the South, activity in the Midlands and the North of England is building. There is still little happening in Mainland Europe but she hopes this will change over the next 5 years.

"I'm proud to say that returners are now firmly on the Government' agenda," said Julianne. "There's a returners unit within the Equalities Office, and last year we co-wrote best practice guidance for employers on returner programmes which is on GOV.UK."

"We're doing what we can to change the context," said Julianne, "but I want to ask you as returners to do your bit as well. Be positive, proactive and don't write yourself off! If you find yourself thinking 'I'm too old', 'It's too late', 'Nobody's going to want me' - push all those thoughts away. Listen to and gain support from the positive people in your life who can help you think about what you CAN bring. Remember - you are the same, competent professional that you were before you took your career break. You might be a bit out of practice, but it won't take long to get up to speed and to be firing on all cylinders!"

Sign up to our free network for more advice, support and job opportunities. You’ll find much more help and advice on our website.