Antje's Story - Returning to work as a Civil Engineer 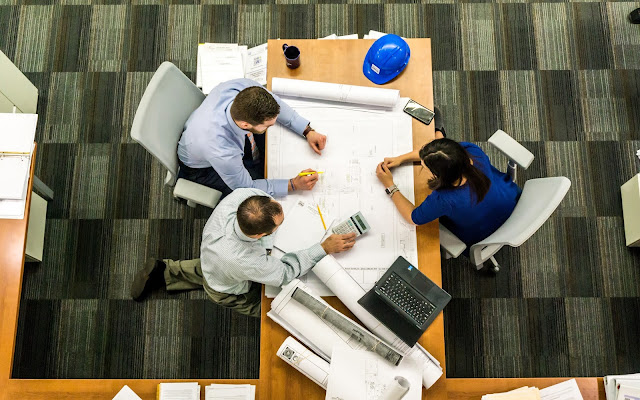 Antje returned to work this year via the Balfour Beatty Returner Programme. Read her story:

I have spent all my working life in the construction industry, starting with an apprenticeship as a traditional carpenter in my native Germany. After a few years, I decided to further my career and studied for a BSc in Civil Engineering in England. After graduating, I worked for a national contractor as a site engineer, constructing bridges for the M6 Toll. Different site projects followed within the water and transport sectors. I worked my way up to senior engineer, becoming involved with subcontractor supervision, quality management and some design coordination. I passed my professional review during this time and am now an incorporated civil engineer.
I then had a nine-year career break to bring up my two young children. During my break, I joined the local branch of the Institution of Civil Engineers. This enabled me to keep a connection with the industry and to continue networking.
I started looking into returning to work when my younger child started school. I found very quickly that jobs that were local and part-time were few and far between, even outside the construction industry. I thought about retraining, but felt that I would like to return to a role where I could utilise my previous training and experience.
One problem I encountered was how to approach the opportunity for flexible/ part-time working when this might not have been part of the original job description.
The Returners Programme offered by Balfour Beatty was the first role I saw which ticked the boxes of a technical role, as well as being part-time. The company was open to discussions around flexible and part-time working, which really helped with my transition back into work.
I have found Balfour Beatty to be very flexible. I am based in the office now, which enables me to work more flexibly than my previous site-based roles. I can access my work from home, so if I need to, I can catch-up on work, or work around meetings away from the office. I think recent developments in technology have helped with these changes. The team I work in have also been very supportive in helping me adjust and learn more about my new role.
The Returners Programme was supported by coaching sessions delivered by Women Returners. This gave me the chance to get to know my fellow returners, and we continue to keep in touch, which is a great support.
During the coaching sessions, we were given really good advice on how to overcome challenges during our first days and weeks. We also had the chance to think about potential stumbling blocks and came away with some great tools, like how to use LinkedIn effectively to network.
I am happy to be back at work in a role that utilises my training and experience; developing my skills within design coordination and management. Compared to before my career break, my life feels more balanced, which makes it worthwhile. Sometimes my role can be stressful, but, overall, things have been working out really well so far.
My advice for other women returning to work? I found that doing some construction-related volunteering gave me something relevant to include on my CV. This also helped me to keep up to speed with developments in the industry. I found a lot of help online, like the Women Returners CV writing webinars, which are often available at no cost.

If you would like support with your own return-to-work journey, you can sign up to our free network here.
Posted by Back to your future No comments:

5 Tips for Retraining During a Career Break 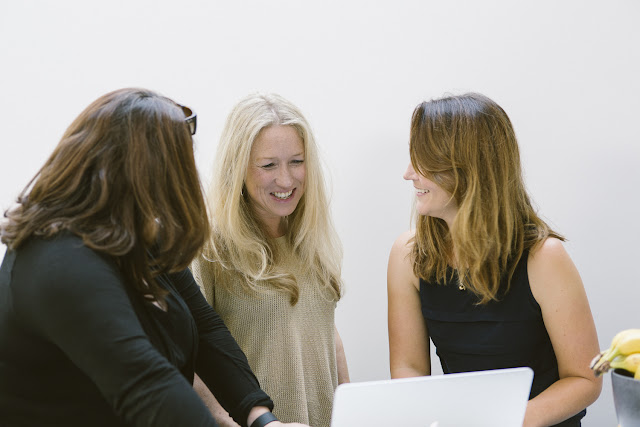 If you're a mother thinking about retraining during your career break, this week's guest blog by Elvira Tynan, Co-Head of Learning at Digital Mums, is for you!

Retraining can be a great option if you’re thinking of getting back into work after a career break. Here at Digital Mums we train mums in social media marketing so they can find flexible work that syncs with family life. Many of the mums who come to us have been out of the workplace for some time and find our courses are a great stepping stone to new opportunities, not to mention a much needed confidence boost. On graduating many Digital Mums go on to work as freelance social media managers from home. But for others retraining is a route to a returnship. One of our graduates, for example, is currently part of a returnship at Mediacom after 24 years out of the workplace.

Making the decision that you are keen to retrain (or indeed just to do some training) is the first step but how do you make the most of the opportunity after a potentially long time away from studying?  Read on for our top five tips for making the most out of possible training opportunities (and not just ones with Digital Mums!):

1. Try something new.
Just because you’ve not done something before, it definitely doesn't mean you can't. At Digital Mums for example our courses are in social media marketing but many of our students come from really diverse backgrounds.  In fact some of our most successful social media managers and digital marketeers have come from the most - on paper - unlikely career backgrounds. Think teachers, solicitors and accountants.

2. Choose the right course.
While there is no doubt there is a huge variety of courses out there, we would say many are ineffective because they replicate old fashioned ‘chalk and talk’ classroom styles like those you probably had at school. Avoid courses that focus too much on theoretical learning and instead find one that allows students to practically apply what they learn through real world projects or challenges. Online courses are also a great option as it should mean that you can study around your current family and life commitments.

3. Create a good working environment.
You’re likely to be studying at home a great deal so it’s important to set up your home in the right way. Devote an area to your studies and keep it distinct from the rest of the house. Don’t let your children near it if at all possible! Try to work out a routine for how you will fit your studies around other commitments. Many of our students will be up by 5am for example (providing the kids aren’t!) to get their studies out of the way earlier in the day. For others, being a night owl makes more sense. Find what works for you and try to stick to it - regular hours will help maximise your time. But also take advantage of smaller chunks of time during the day and use them to tick off the less ‘brain heavy’ tasks that make up your training.

4. Get digital.
You’re going to be busy juggling your current family or life commitments with training and this could be the first time you’ve learned anything formally since school. There are loads of great digital tools and apps out there to help you manage your time. Get a Gmail account to access Calendar, Google Drive, Docs and Sheets all of which can be used from your phone. Check out Trello which is a brilliant desktop tool and app to manage your tasks and time. Pocket allows you to save articles and blogs to read when you have the chance. And, the extremely nifty If This Then That (IFTTT) has great ‘recipes’ to connect your various digital tools together in useful ways.

5. Connect to your fellow students.
Studying online may make the most sense with the practicalities of your current commitments. But choose a course that has a student forum and where you can connect with your peers to brainstorm ideas and work collaboratively on projects. You can get some face-to-face time via Skype or Google Hangouts too. Research shows that peer-to-peer learning can be very powerful so you’ll benefit in lots of ways.

You can find out about Digital Mums Social Media Management Courses at www.digitalmums.com/learn
Posted by Back to your future No comments: