What's it REALLY like to return after a career break? Advice from a returner 2 years on 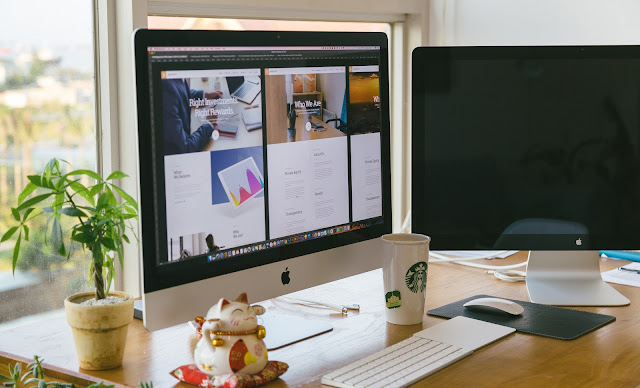 When I was contemplating returning to full-time work after a six-year career break, I cast around on Twitter and among friends for clues and tips and reassurance that I wasn’t Completely Mad for even considering it. There were lots on how to get organised, but very little that told me what it would actually be like. Almost two years in, what would I say to someone asking me the same question?
Be brave
I expected the tiredness and the logistical challenge of combining work and a hectic family life after the luxury of a few years where I only had to consider the latter. What I didn’t realise was how exhausting dredging up the courage to go in, day after day, till I found my feet again would be.
I was terrified on a daily basis, for a long time, in a way that I didn’t recognise from pre-career-break work, and in a way which I no longer experience now. I had a mantra of “don’t look down”: visualising myself on a tight rope, I willed myself to focus on putting one foot in front of the other and refusing to contemplate the horrors lurking should I slip.
Little things I once and now again take for granted: composing an email, approaching someone senior, giving an opinion or advice which I know could come back to bite me should I be wrong, were draining in a way I simply hadn’t expected.
Battling imposter syndrome is nothing special, I know, but it took every ounce of energy I had to fight it down when it was armed with the ammunition of that time away from the office.
Be selfish
I was brought up to believe in service to others, and having been acutely conscious of the additional time I had available while not working, like a lot of people I tried to volunteer where possible and fit in lots of social commitments with friends and family.
Volunteering and working are not mutually exclusive, of course, but it took me almost a year of becoming increasingly unhappy and ill to realise that a break while I reacclimatised to work would have been best all round. It wasn’t the lack of time which was the issue, so much as the need to prioritise family and my own mental well-being with space wherever possible not to be “in demand” from external sources while we all got used to our new normal.
Again, two years in, I now have the energy and headspace to start to be able to fit things into the spare time I have available, but in retrospect, it would have been helpful to have felt I had permission to take a step back. As with the friends point below, it’s natural to feel it important to prove a point – look, I can work and still do everything too! – but those who really care about you won’t be bothered either way.
Losing friends and inconveniencing people
Very much related to the above. Maybe this was just me, but it was hard to realise that to some people I considered friends, I had only every really just been valuable by my presence. A stay at home mum is a useful social acquaintance: able to step in at short notice, lend a hand in groups and generally help move things along by the simple virtue of proximity to home during the hours when others are in the office or on the road.
Not everyone, of course; going back strengthened some lovely friendships by making me realise who was a friend because of who I am rather than what I could do for them, but it wasn’t an easy thing to process in the midst of readjusting back to work when I could have done with a bit of support, and it’s something I wish I’d been prepared for.
Be happy
I used to scoff at the idea that having a happy mother was a tangible benefit to children, perhaps because I just didn’t realise that I was bored and rather miserable by the end of my time at home, but it’s been true in our case. I’ve been incredibly lucky in a supportive employer and access to great, affordable childcare, without both of which it possibly would have been a very different story.
Terror notwithstanding, I felt even in my first day that way you do when it’s only on starting to eat that you realise you were famished. Tiredness notwithstanding, I am simply happier with the boost to my confidence and self-esteem which returning to work has given me.
It has been and continues to be, hard. I miss my children, they miss me (and the luxury of not being in wraparound childcare) and I simply don’t have the degree of involvement in their daily lives that we once took for granted. But they are happy, and they continue to thrive, and we’re all more than managing.
If you’re reading this and wondering whether going back to work (or stepping back into a more demanding job after a period of doing something to fit in around family commitments) is for you, I can’t give you an answer. All I can say is that it was the unquestionably the right thing for me.
Oh, and good luck.
This post first appeared on Head in Book - Postcards from Surburbia

Plesae note, we will be posting fortnightly going forwards.  To read more from the archives see here.

Email ThisBlogThis!Share to TwitterShare to FacebookShare to Pinterest
Labels: story