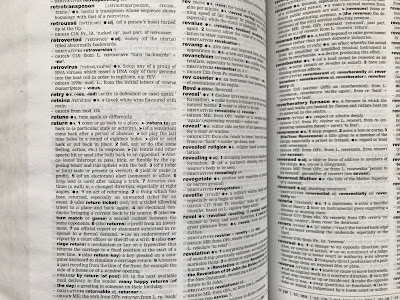 What’s the difference between a returnship and supported hiring? Are all returner programmes returnships? In the last year many different types of returner programme have appeared - some days even we get confused! To clear up the confusion, we've pulled together a definition of each type of programme. Here's our new ...

Returnship*
A higher-level professionally-paid internship for returning professionals. A returnship is a short-term contract (usually for 3-6 months), with a strong possibility but not a guarantee of an on-going role at the end of the programme. With most returnships, particularly with larger organisations, support in the form of mentoring/training/coaching is provided. Returnships are solely targeted at people who have taken a long career break. Most returnships occur annually with a cohort (e.g. EY Reconnect), however there may be more than one programme a year. UK returnships are listed here.

Supported Hiring Programme**
A recruitment process by which a returning professional is hired into a permanent position and provided with returner coaching support through the transition. Supported hiring roles are usually open to any applicants, however applications are welcomed from people who have taken a long career break. Supported hiring as part of a returner programme can either be on a cohort basis (eg. Aberdeen Returners Programme) or on an on-going basis (e.g. M&G Career Returners). Note: supported hiring can also be offered for one-off roles (e.g. Mezzvest) rather than as part of a programme.

Returner Event
An event for organisations to engage, support and attract returning professionals. A Returner Conference is a large-scale form of returner event for a large audience over one or two days (e.g. Bank of America Merrill Lynch’s Returning Talent Programme). Returner events can also be run for a smaller more targeted audience (e.g. Bloomberg Returner Circle) and/or with a shorter format (eg. Central Government Career Changers Event).

Return-to-Work Fellowship
A funded fellowship for returners to research careers, usually in STEM fields. Fellowships are typically for 1-3 years. One longstanding example is the Daphne Jackson Fellowship.

Returner Training Programme
A form of returner programme where people who have taken a long break are retrained into a new or related field, reskilled to return to practice in their previous field or provided with a supportive refresher programme. This can be combined with a committed on-going role at the end of the training (e.g. FDM Getting Back to Business) or with a potential ongoing role (e.g. CMS Return to Law Programme) or be stand-alone (e.g. Come Back to Nursing).

Note: some Returner Programmes include:

Returner Coaching Programme
A tailored form of coaching to support people returning to work after a career break, ideally addressing both the psychological and the practical challenges, to enable them to be more satisfied and more productive. Offered as part of some returnships and supported hiring programmes. Can be offered for individuals or in groups (e.g. Women Returners Returner Coaching Programme)

Email ThisBlogThis!Share to TwitterShare to FacebookShare to Pinterest
Labels: dictionary